Bloomberg is reporting that Microsoft has acquired GitHub, and will announce the deal on Monday.

Github is an online service that allows developers to host their code in the cloud using the popular Git source management system, invented by Linux founder Linus Torvalds in 2005.

In addition to being home to the overwhelming majority of open source projects, it’s also used by developers within companies to privately collaborate on software. It’s not inaccurate or hyperbole to call GitHub the epicenter of the software development universe.

The site was last valued at $2 million in 2015, and it’s not yet known how much Microsoft paid for the site. It wouldn’t surprise me if it’s vastly north of that figure. Despite the company’s money woes and lack of CEO, Github holds a privileged position in the development world.

Bloomberg reports that GitHub’s leadership chose to allow Microsoft to acquire it, based on the performance and leadership of Redmond CEO Satya Nadella, who has moved Microsoft beyond its “embrace, extend, extinguish” days.

Under Nadella’s rule, Microsoft has enthusiastically embraced open source, with several of its projects released on Github under permissive licenses.

It’s worked hard (and spent a fair bit of cash) on bringing Ubuntu and BASH to Windows, and has ported several of its popular applications to Linux and macOS, like SQL Server and Visual Studio.

Rumors of the deal swirled last Friday. It’s not exactly clear how long Microsoft and GitHub have been in talks, or indeed, when the deal got inked.

Sourceforce on twitter, invite to Github users to migrate

Did you know SourceForge was acquired in 2016 & completely revamped?

Full details of what has changed since then: https://t.co/fcfD6UvSjk

Here's a GitHub import tool we built that imports your project to SourceForge: https://t.co/Mt7yN6rS80

All projects are scanned for malware pic.twitter.com/EVxGqb4E3x

and Gitlab report a 10x increment of their repositories

also, memes about it 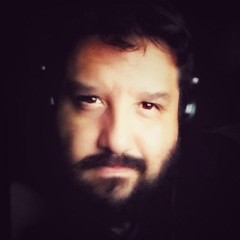